Hold onto your hearts; keep that blood pressure and pulse rate steady…we are in for an electrifying week! Mars retrograde PLUS the full moon equals hot and expressive emotions. Chances are you are already experiencing a sense of the high drama.

Tuesday the 26th, Mars retrogrades at the 9th degree of Aquarius; ‘A man who had become the embodiment of an ideal is made to realize that as a person he is not this ideal.’ This is the `fall from grace degree’, and, it is on the south node of the USA chart.

We as a nation is grappling with it’s ideals as a democracy based on humanitarian  ideals, ( USA moon), equality and truth. The issue is this; we are dealing with these issues through the lens of Mars; the archetype of war, anger, yet also innovation and motivation. This rare retrograde of Mars in the later degrees of Aquarius through Capricorn is a once in a lifetime transit. The last time this particular configuration occured was forty seven years ago; 1971.

Memorable Moments in 1971 include; 1) start of the digital age with the invention of microprocessor; 2) First mission to a planet, namely Mars; 3) the Indo-Pakistan War; and, 4) The release of the Pentagon Papers.

Daniel Ellsberg, a government consultant, gained access to some of the classified documents, known as the Pentagon Papers,  and leaked them to the New York Times in June of 1971. 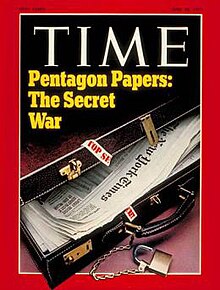 War is the purview of Mars. With Mars retrograde in Aquarius, transiting over the south node of the moon, the proverbial heart of the USA we could see a summer of disclosure. What may be revealed is anyone’s guess! Why? because the very nature of Aquarius is unpredictability, and, it’s ruler, Uranus the planet of surprise(!) will be squaring the Mars retrograde. A square is like a trigger; focusing energy to take action. Expect the unexpected.

Can you even imagine life BC? That is, before computers?  The microprocessor is the key to our computerized life today, and, was brought about during this last Mars retrograde in Aquarius, the sign of technological inventions. Who knows what amazingly innovative inventions are brewing in the world governed by Aquarius/Uranus: science and technology. 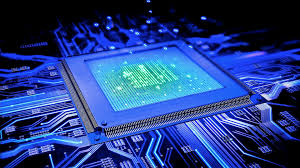 We all need to be mindful of the way we navigate our truth, ( Aquarius) and our anger, (Mars) during these upcoming weeks. The parts of our charts in early degrees of the fixed signs—–Leo, Aquarius, Scorpio and Taurus—are more vulnerable to managing the power and potential of Mars. Mars unleashed is anger and war. Mars channeled is motivation and innovation.

As with any astrological guidance; the choice is ours.