The wheel has turned and it’s calling us to `come home.’ 2019 is the year when we will experience the full effects of the nodal shift of Cancer/Capricorn. As of November 15th, the lunar nodes shifted in the Cancer-Capricorn polarity, and remain there until June 4th 2020. Collectively and individually the nodal shift whispers; Where is home? Where do you belong? And how may I soothe my insecurities, release my fears and quell my loneliness? 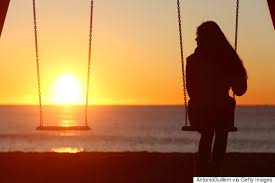 The lunar nodes form the backbone of evolutionary astrology; rich in symbolism pertaining to destiny and karma. The nodes are not planets, rather points reflecting where the moon’s orbit crosses the ecliptic. The nodal axis presents a challenge; learn the new lessons of the north node while releasing the resisting energy of the south node. 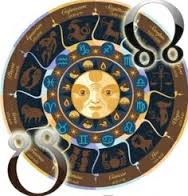 Collectively when the nodes change polarity the zeitgeist of the times shifts as well. The nodal shift challenges us to find a balance between the following qualities; home versus career, sensitivity and utility, compassion and competence. In other words, a balance between our need to belong (Cancer) and our need to excel (Capricorn). Both Cancer and Capricorn are two sides of the same coin; security, structure and belonging. 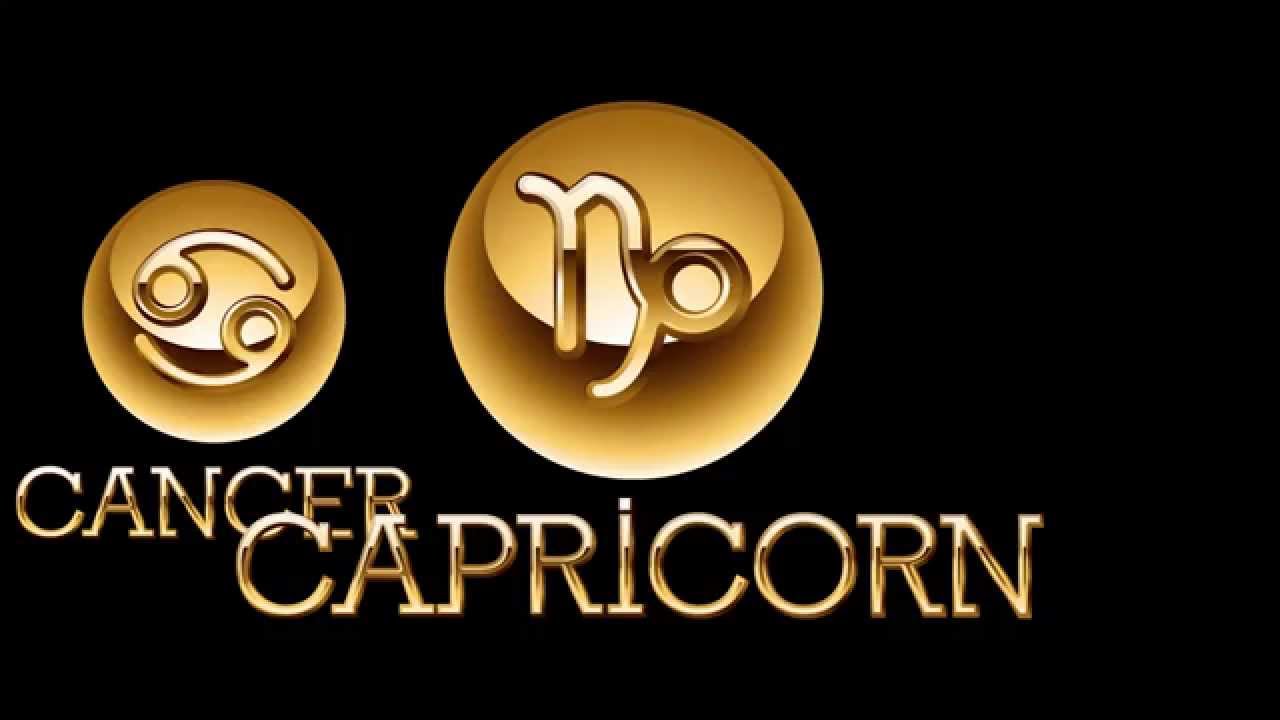 Because the south node, or karmic position, is in Capricorn, qualities of its energy are most in need of healing over the next eighteen months. Every sign is equivalent in its gifts and deficits. But when a sign is in its south nodal placement it acts up. For an individual this may suggest a past life wound. For the collective, the south nodal placement magnifies the sign’s shadow dimensions. Therefore, expect south node Capricorn to trigger collective work through expressions of fear, loneliness and world weariness. The solution? Turn to the transiting north node in Cancer for relief; in other words, `Come home.’ 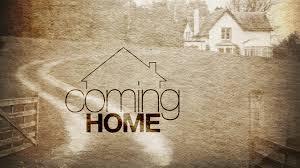 The nodes, like everything in astrology, is a cycle. The nodes’ move backwards (retrograde) along the ecliptic at a rate of speed of approximately 18.5 years. To understand the emotional themes of the Cancer-Capricorn polarity in effect until June of 2020 we will explore previous similar cycles during the years of 2000 and 1982. Prediction relies on previous description!

Let’s first explore the meaning of Capricorn through the lens of the signs’ positive/ negative dynamic. The positive manifestation of Capricorn is the three `R’s’: responsibility, reliability, and respectfulness, attitudes which build secure structures. Capricorn archetypally is the mountain, where the persevering `sea-goat’ climbs one determined step at a time. We think of Capricorn energy as the master of competence; the CEO, the leader, the authority. Since Capricorn energy is aligned with the south node, it now will be triggering its’ challenging traits. Too much of any energy throws it off balance. Too much Capricorn is relentless ambition; that goat climbing to the point of exhaustion. And it’s lonely on top of that `mountain!’ 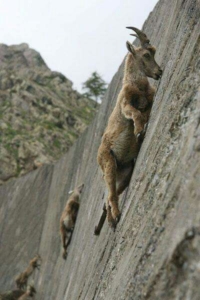 This theme of loneliness will be a recurrent one over the next year and a half. Being the `best’ isolates the one from all others. The leader at `the top’ is expected to make and activate decisions from a singular perspective. Does this sound familiar?  Capricorn reflects a pyramidal structure often reflected by the culture of the corporation, big business, government.

What is the price of success? Is the gold watch worth it, after decades’ playing by the Corporations’ rules?

Getting to the top comes with a cost; world-weariness. Consider the Greek myth of Sisyphus who was condemned to an eternity of rolling a boulder uphill then watching it roll back down again as soon as the summit was reached.  Talk about frustration! When our best efforts become thwarted by impossible circumstances the negative side of Capricorn kicks in; frustration which leads to despair, desolation and depression.

Fear is another strong negative theme for Capricorn. Why does Capricorn energy struggle so for success? Because it fears irrelevancy. Chasing the allure of success is motivated by deep sense of inferiority, a fear of not being competent, respected and in control.

And so, the shadow side of Capricorn; fear, frustration, isolation, despair, depression and desolation will rear its ugly head over the next 18 months. Observe these qualities in the collective, and within your own life. Of course, with every challenge the cosmic language of astrology offers a solution. That balancing energy is Cancer, where the north node unfolds 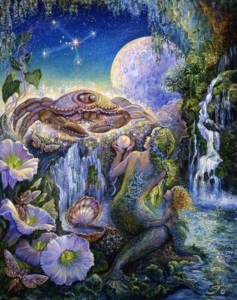 The parental archetypes of father/mother suggest the polarity of Capricorn/ Cancer. North node Cancer asks us to identify the inner `good mother’ within our charts the one who nurtures and protects, provides and feeds, and creates that warm place of `home within’. In contrast, South node Capricorn is the father who coldly sets boundaries without a sense of compassion. Identifying what `feeds’ you and working to create the space for belonging is an antidote to the negative Capricorn theme which will surely arise. Feel the fear and build your home base anyway.

North node Cancer asks us to accept, cultivate and act from our emotional center.  Positive Cancer accepts tears, and even fears if they generate from the heart. 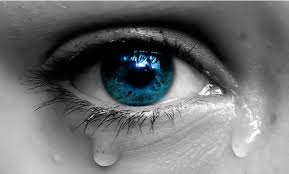 Vulnerability leads us to find our own `home center’ and in practical ways strengthen where we live and who we live with. Compassion for others comes easier when we feel safe. 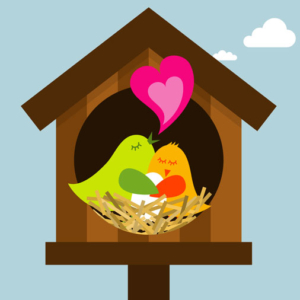 North node Cancer asks us to cultivate our compassion for others by first taking care of our own security needs; food, clothing and shelter. Cancer is personal. All things domestic may be more in vogue over the next few months. For example, we may see an upswing and interest in the traditional home arts; home cooking, food preservation such as canning, home crafts such as soap and candle making, knitting, and quilt making. The collective consciousness may return to the imago of the nurturing home environment; self-sufficient and safe. 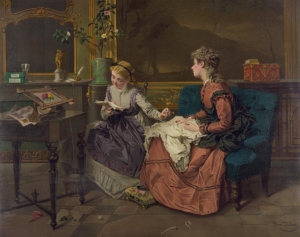 As the `home’ energy Cancer represents a sense of genetic tribalism. We could see a greater interest in genetic testing to discover one’s roots. Genealogical research will flourish. Historical novels may become more popular, as will an increased interest in antiques and artifacts. We could see more tender-hearted stories of adoptees who reunite with their birth families.

A strong sense of family shields one from the vicissitudes of the outer world. The north node in Cancer will lead us towards a personal and collective vision of what family and belonging means. Filling one’s cup with kindness and compassion will be the operative push of Cancer North node, like it was during past Cancer-Capricorn polarities.

September 11th 2001; a date which resonates in history. 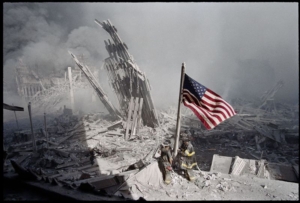 The terror attacks on the U.S. targets shook the very foundation of American safety and security. As it happened, Mars was conjunct the South Node in Capricorn, and, an explosion of Capricorn negativity followed; fear, frustration, insecurity, grief, depression and despair. Immediately following the attacks, it seemed everyone was `proud to be an American’; flags flew, national pride spread and a resolve to protect and defend the homeland prevailed. Another behavior was evident in the United States; citizens tended to treat each other with greater tolerance and kindness.

Of course, the United States of America is a Cancer entity. The north node transiting its’ Cancer planets put the positive spotlight on the country. The international community rallied around the USA, and the American `brand’ soared.

The Cancer trait of compassion and support flowed towards India in 2001 in the aftermath of a violent earthquake which killed twenty-thousand souls and injured countless others. Earthquakes trigger a primordial fear; if the earth (Capricorn) isn’t safe, what is?

Another top event in 2001 was the world-wide economic slowdown. When the economy tanks, and jobs (Capricorn) are lost we can’t take care of our families (Cancer).

In 2001 the human genome sequence was first revealed laying the foundation for the genetics revolution. Since Cancer is the `Great Mother’ this breakthrough triggered the beginning of a new type of `Great Mother’; science and technology.

The preceding Cancer/Capricorn nodal shift of 1982 carries similar themes. Fear was triggered during the winter of 1982 when the USA was plunged into the coldest worse winter in decades reflecting the cold harsh qualities of Capricorn. A recession rocked the world’s economy, and 1982 saw the first commercial use of genetic engineering. Time magazine deemed that the `Computer’ was the `Man of the year’ signaling another type of Mother/Father archetype.

The best way to predict is to reflect upon previous cycles. What were you grappling with in your life the last time the nodes shifted into Cancer/ Capricorn?  What did ‘home and family’ mean to you? What fears, frustrations and concerns did you experience and then (hopefully) release? To aid you in your journey here are some `cookbook’ style suggestions. Apply your sun and/or ascending sign to the following: 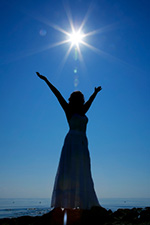 Taurus: Release the need to `know it all’; Strive to develop compassionate communication and a more nurturing environment

Gemini: Release your tendency to control outcomes; Strive to cultivate a healthier self-esteem, reflecting an increase in prosperity

Cancer: Release partners who limit or use you; Strive to become your most authentic self, as you more freely express your feelings

Leo: Release work habits or projects, which leave you `joyless’; Strive to cultivate your spiritual self

Libra: Release the demands of family members; Strive to nurture a career which reflects your need to support others

Scorpio: Release negativity of thought and environment; Strive to expand and explore new avenues of learning and travel

Pisces; Release friends and groups which limit you; Strive to prioritize greater opportunities for fun and creativity.

The nodes know! Consciously follow your feelings over the next year and a half as you release fears and frustrations. Cultivate, honor and expand your sense of `home’ in the world and within.

Contact Cassandra to Book and Appointment
Notice: Trying to access array offset on value of type bool in /home/cassa311415/public_html/wp-content/themes/enfold/template-builder.php on line 153